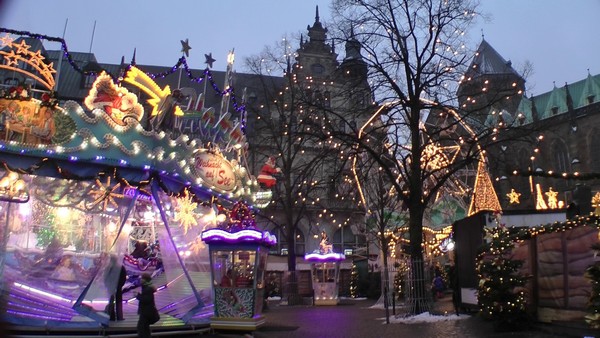 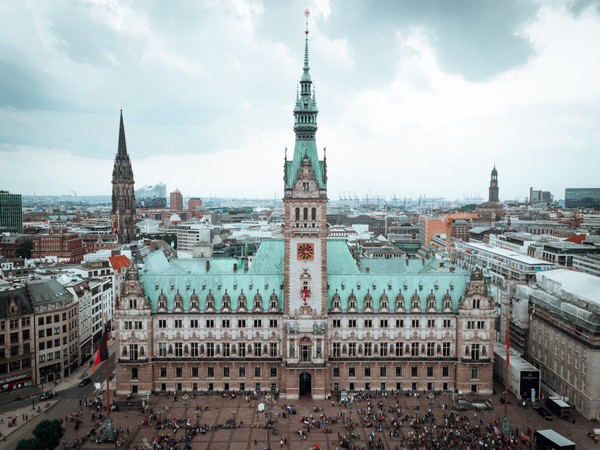 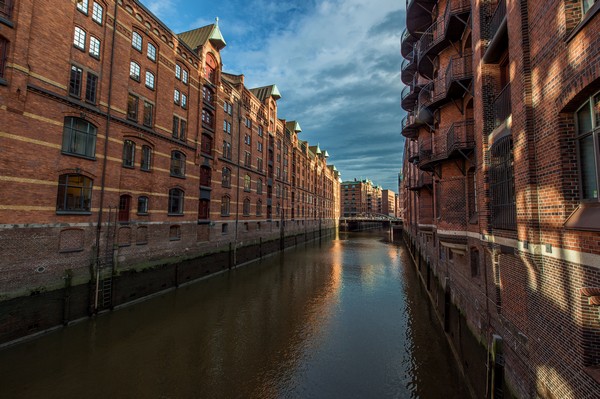 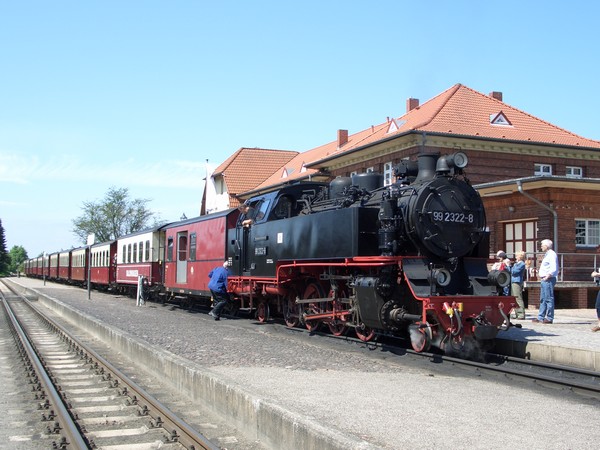 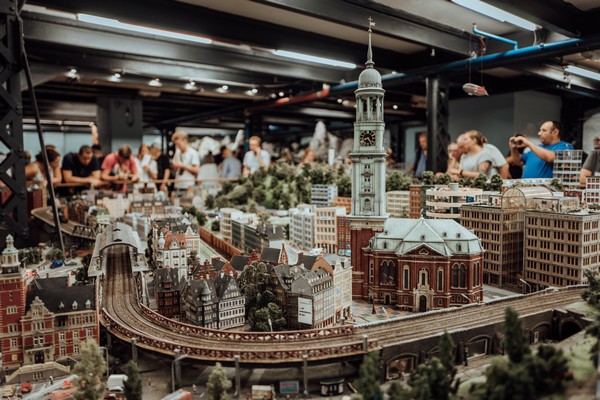 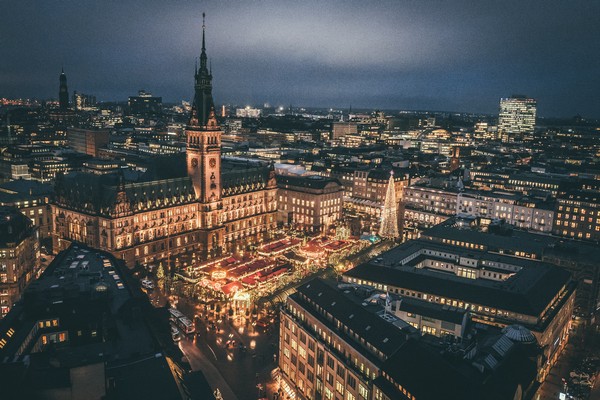 This year our Christmas Market tour visits the Hanseatic city of Hamburg. Sitting on the Elbe, Hamburg can trace its origins back to the Middle Ages. The Christmas Markets here are scattered throughout the city with the main market located on the Rathausmarkt Square adjacent to the picturesque Town Hall.We also include some railway excursions too!

Your InterRail pass is valid for travel from your local station to London this morning. We take a lunchtime Eurostar from London St. Pancras direct to Brussels where we connect to a high speed train to Aachen. Our hotel for this evening is located a short walk away and dinner here is included.

A morning departure from Aachen, we make a change of trains in Cologne and arrive in Hamburg mid-afternoon. Our hotel for the next 4 nights is found a short walk from the station, and in addition to the InterRail pass we have a local transport pass valid for the duration of our stay in the central Hamburg Zone. After checking in the afternoon is free to explore the many markets located in the city, or to travel further afield with your InterRail pass.

The tour leader will organise an optional excursion to the Molli narrow gauge steam railway in Bad Doberan. The Mecklenburgische Bäderbahn, affectionately know as “The Molli” runs for 15km from the spa town of Bad Doberan to the Baltic coastal town of Kühlungsborn. The cost of reaching this line is included in your InterRail pass but the steam train fare must be purchased locally.

Today there is another optional excursion to Bremen, with free time to explore the city. Approximately an hour by train from Hamburg, Bremen is situated on the Weser River and is the 13th largest city in Germany. Its Old Town can be found surrounded by water with the river on the southern side and the former moats of the medieval city walls found to the north. The Marktplatz can be found in the south-eastern half of the old town and is dominated by the Town Hall’s Renaissance facade which was added to the gothic building 200 years after construction.

We have an included excursion to Miniatur Wunderland in the morning, with a free afternoon to continue enjoying the Christmas Markets. Miniatur Wunderland comprises of over 15,000m of railway track divided over 9 sections and three floors, and a 150m2 airport modelled on nearby Hamburg Airport. You can spend as long as you like enjoying the Wunderland and enjoy lunch (at an additional cost) at its in-house cafe.

We take a direct train south to Cologne for our final overnight stop. Our hotel is ideally located in the station building and our arrival in the early afternoon allows plenty of time to explore Cologne which boasts no fewer than 7 markets spread out throughout the city.

A morning departure by high speed train from Cologne to Brussels where we change to a Eurostar service bound for London. Arrival is scheduled for early afternoon to allow for any onward journeys. Your InterRail pass is valid for travel back to your local station. 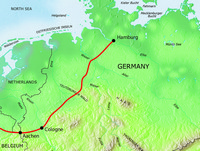